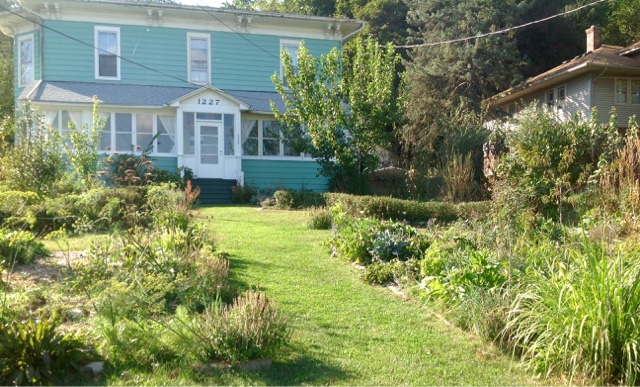 (Hey! Thanks for visiting this site! Before you read the article, please take a moment to help me out by answering the quick poll question in the right margin.)--->

Forest Garden systems, "the world's oldest land use," are "layered" gardens where fruits, nuts and staple crops fill the trees overhead and the understories are filled with valuable shrubs, medicinal herbs, materials for crafts and building, as well as even more fruit and vegetables. They are nearly universal to human cultures, found throughout the world. Virtually everyplace where trees can grow, these systems have emerged.

Researchers across a wide variety of fields are begining to understand that tree-dominated forest edge and forest clearing ecologies are our human Environment of Evolutionary Adaptedness. An EEA is not the specific PLACE that a species evolved in, but the specific type of ECOSYSTEM we evolved in, the specific NICHE a species evolved to fill. It is the place where a species' hard-wired behavior patterns make the most sense, get the best results. It's the place where we naturally feel home, the kind of place we instinctively seek out and try to create.

Because of our ability to change our environment, everywhere humans have gone we have recreated our EEA to the best of our ability. This is the key to human adaptability. 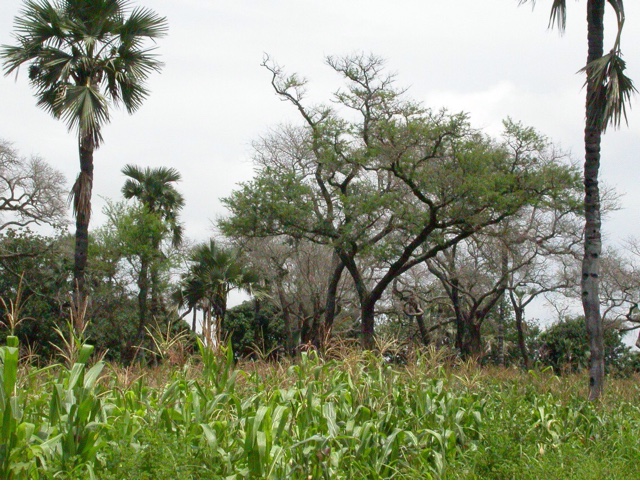 Forest gardens are a huge part of this. It's a deeply, foundational human response to life to surround one's self with a beautiful safe environment, filled with all the food and medicines we need, under the healing canopy of trees which even condition the air to bolster our immune systems and better meet our evolved needs.

So we can learn a lot about being human and about forest gardening by studying these evolved natural ecosystems. We do well to learn their patterns and surround ourselves, as our ancestors have, with the forms that have served mankind well through our whole evolutionary history.

What are these universal charactaristics that we can learn to emulate? Here's a short list of powerful patterns we can use in our forest gardens:

This is my number 1 goal in designing any forest garden or "Agroforest" system, period. And it appears to be a fundamental feature of every traditional form I've learned of in my research and sysnthesis of broad research on traditional Agroforest systems. But it's something quite counter-intuitive to us modern forest gardeners.

And it is in stark contrast to the primary goal of every modern Agricultural landscape and the systems designed and advocated for by the Extension system, which is Gross Productivity. A corn-producing system, for example, is deemed successful by how much total corn it yields in a given year. To meet this goal, it becomes acceptable to put far more calories IN to the system than we get out, total. So a "successful" or even "ideal" modern corn field can take 400 calories of energy to produce 1 calorie of food. We actually have a negative return on our investment!

It's important to note that, according to commentators like Jared Diamond, no civilization has survived long once their "return on investment" became too low.

Oftentimes, modern Forest Gardeners can fall into the same trap of prioritizing Gross Productivity over other benefits and measures of success. (Skepteco publishes many critiques of Permaculture and Organic Gardening systems based on this fallacy that raw gross productivity is the only measure that matters.)

"If it isn't more PRODUCTIVE than conventional Ag, then what's the point?" I've heard many times from many quarters. 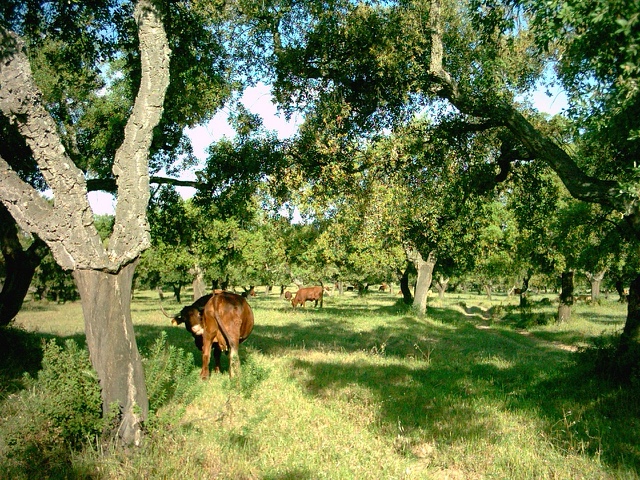 But this isn't how our ancestors thought about their forest garden systems. These were people who relied upon the efficient production of calories and nutrition (Input/Output Ratio) for their very survival, and their quality of life was largely measured by a HIGH return on investment ratio. They could not afford to spend 400 calories to produce 1 calorie, they couldn't even afford to spend 1 to produce 10!

This is a vitally important piece of lost wisdom for us to understand.

If they could INVEST a few hours of energy a week and insure that all their needs were met, then this high return on investment (Input/Output Ratio) meant that they had a great deal of free time to pursue joyful living. Studies of modern cultures where forest gardening is the primary economic unit, such as Kerala India, or the Gardens of Complete Design in Kandy (McConnell, 2003) have found that these people typically only "work" a few hours per week! The rest of their time is spent living. So, it's no wonder that such regions, while "poor" by western standards, have high measures of health, happiness, and literacy, and they are rich in cultural and artistic traditions.

The key to this quality of life factor is not Gross Yield, but Flexible Adaptability of Input to Output Ratios. This means a system can be stabilized at a low-input rate that requires very little maintenance or care, but is designed to be quickly scaled up to a greater deal of productivity with added input.

On a continuum, a single successful forest garden could quickly switch between various input/output regimens like this:

1. Low input/low-moderate output. No external inputs. Little maintenance. The priority "yield" is ease of care and low work, high free time. Produce yields may be low, but are enough to augment quality of life for the family and maybe even provide some income. Fairly tight tree spacing minimize weeding pressure and create self-mulching paths. Understory is mostly perennial and naturalized as a "foraging" garden ecosystem. 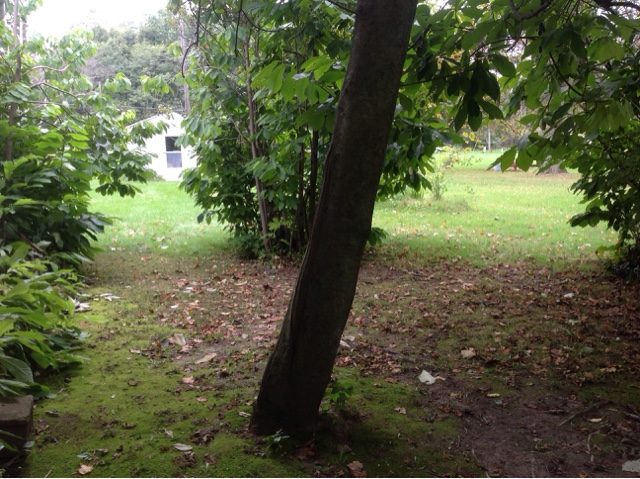 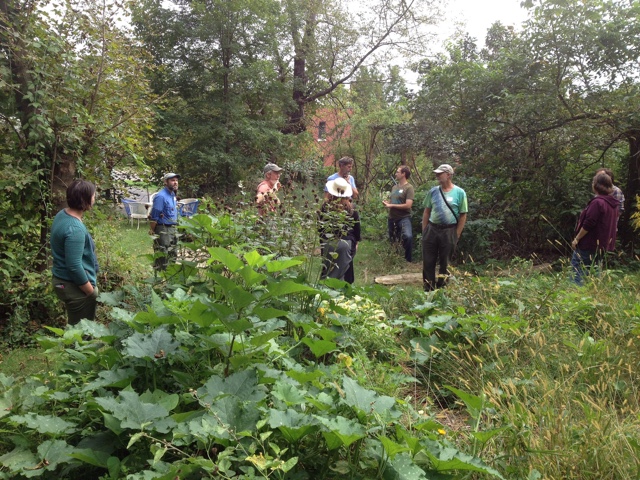 (A system at Lillie House in a moderate-low input regimen during establishment, but designed for flexibility as a primary goal. Image, PJ Chmiel.)

3. Moderate high input, moderate high output. Active mulching, thinning and pruning tree crops to orchard density and culture. Active composting, mulching, and organic fertilizing, with some materials brought in from off-site. Understory starts to include cultivated gardens and intensive cropping beds, often in deep mulches. Productivity begins to get high, allowing for family members to increase income or support more people. Perhaps a family member was laid-off from outside work and requires additional income. The forest garden quickly responds to fill this need. 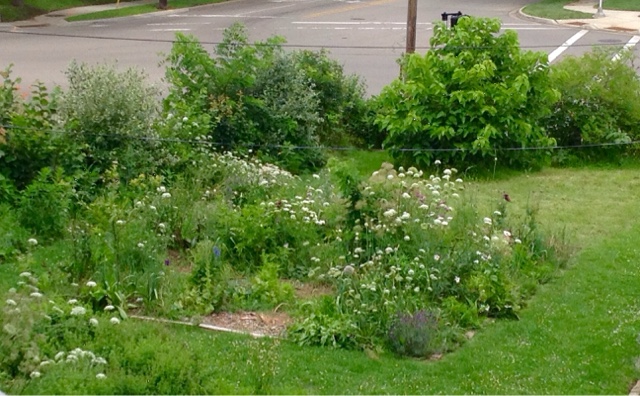 (Garden beds under a Moderate-high input regimen at Lillie House.)

4. High input/ exceptional output. Trees are converted to maximum productivity forms. Organic matter is imported to subsidize high outputs. The understory is converted to intensive cropping or animal systems. Surprisingly small pieces of land have been used world-wide to provide a sustainable livlihood for a large number of people under such management. Due to "over-yielding" from many stories at many times of the year, the yields of such systems are huge, yet still far more sustainable than conventional ag.

Designing such a flexible system that can quickly be tuned up or down this scale is not difficult with a little fore-thought, and it provides for a greater number of life circumstances and needs. Traditional models are nearly universal, with patterns and techniques to be found in systems including the German Streuobst (F. Herzog,) the British Hedgrow, Nepalese Home Gardens (Gautum, 2004), the British Copse, the Eastern European Mosaic Landscapes, Traditional Greek Olive/Grape agroforestry, Tropical Forest Gardens, and etc.

One important factor in tweaking this ratio is planting density. For more thoughts on planting density to control input/output ratio, see: http://lilliehouse.blogspot.com/2015/04/establishing-food-forest-garden.html


A universal characteristic of these systems is a very high number of plant species. A good rule of thumb is to aim for 300 species/acre. Diversity is the number one factor in system health resiliency and stability, (ecological resiliency theory) as well as the number one factor in improving human health benifits. It's also key in supporting #1, flexible adaptability, as the plant material for various regimens will be available on site for scaling up. 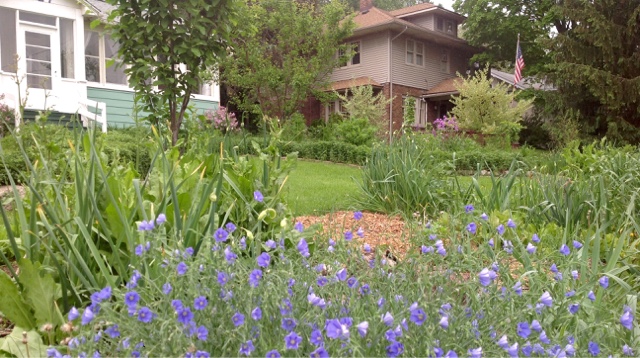 (An extremely high diversity polyculture system at over 300 species/acre.)


These traditional systems universally have a high degree of cultural significance and integrated social space, and cultural traditions. In Nepal, for example, home forest gardens are seen as a primary living space and a major factor in social status (Gautum, 2004.) The Streoubst systems in Germany and Hedgerows of Britain are surrounded by culturally significant foraging and picnicing rituals that have protected these systems from being replaced by "modern" land uses. (F. Herzog.) 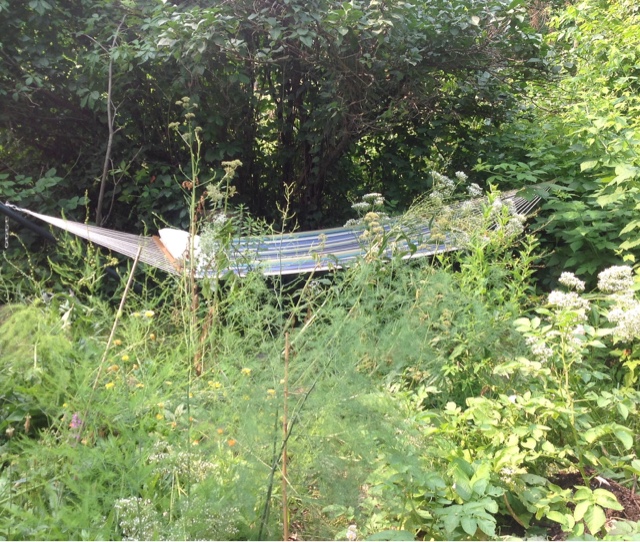 
The aesthetics of forest garden systems is another universal which is completely disregarded by modern "scientific" agriculture. Humans must live in our agricultural systems. There is an irrefutable benefit to making these landscapes places that people WANT to be in. Across all cultures, where these systems have endured, the aesthetic value has been a major factor.

If you want your forest garden to last, make it beautiful.

Virtually all traditional forest garden systems can be considered aesthetically important models for us, but a few stand out as aesthetic "specialists." On the home scale, the Jardin de Cure of France and Cottage Gardens of Britain stand out as systems that have survived since antiquity, largely due to their aesthetic and cultural significance and appeal. 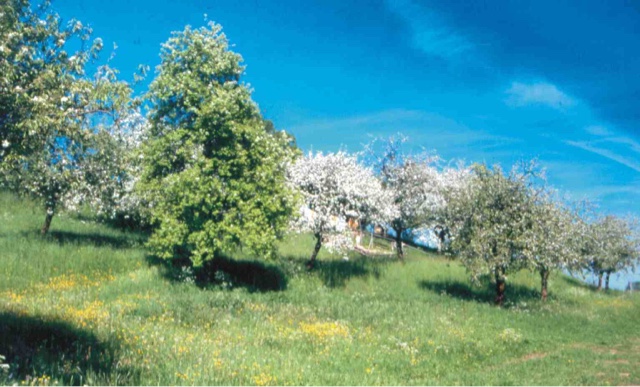 On the broad-acre scale, the Spanish Dehesa and the German Streoubst have become characteristic attractions of their regions, and important attractors of tourism and culture. 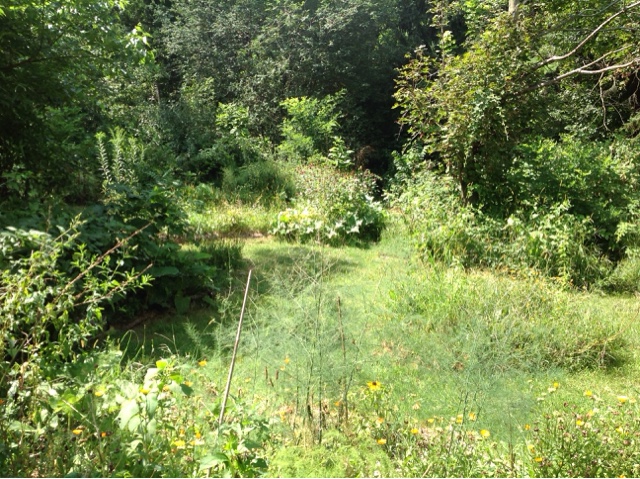 So, as we modern forest gardeners and agro-foresters look to find new, experimental forms adapted to modern life, we should also look back to the forms we evolved with and that have nurtured us since our earliest days as a species. We should understand, appreciate and emulate the "holistic" benefits of such ecosystems as tools that support and enrich our lives in more ways that our science will ever be able to measure and understand.

But when we re-create these old, old systems - beautiful, resilient and secure - we find ourselves once again where life makes sense, our Evironment of Evolutionary Adaptedness, and we know without a doubt that we've "come home."